Whether that is a skill or content, I want to know if they know it.   I no longer think it is acceptable for me to guess or get a feeling on whether or not they know it. Getting the students to know if they know it is down right hard, but I am really attempting to get to a point where the students can recognize their understandings or progress on their skill levels and content knowledge.  Therefore, the purpose of this year of reflection is see how I make progress towards these two goals and elicit feedback from staff, students, and hopefully people who follow along in the journey.  You can read how last week went here.

This week the content focus was primarily on Atlantic Revolution from 1750-1900. Here were the standards for this week:

Grace and Michelle volunteered to document their learning and reflect this week.

Here is what Grace had to say.

We had to pull evidence from two readings about how it affected the Atlantic revolutions. 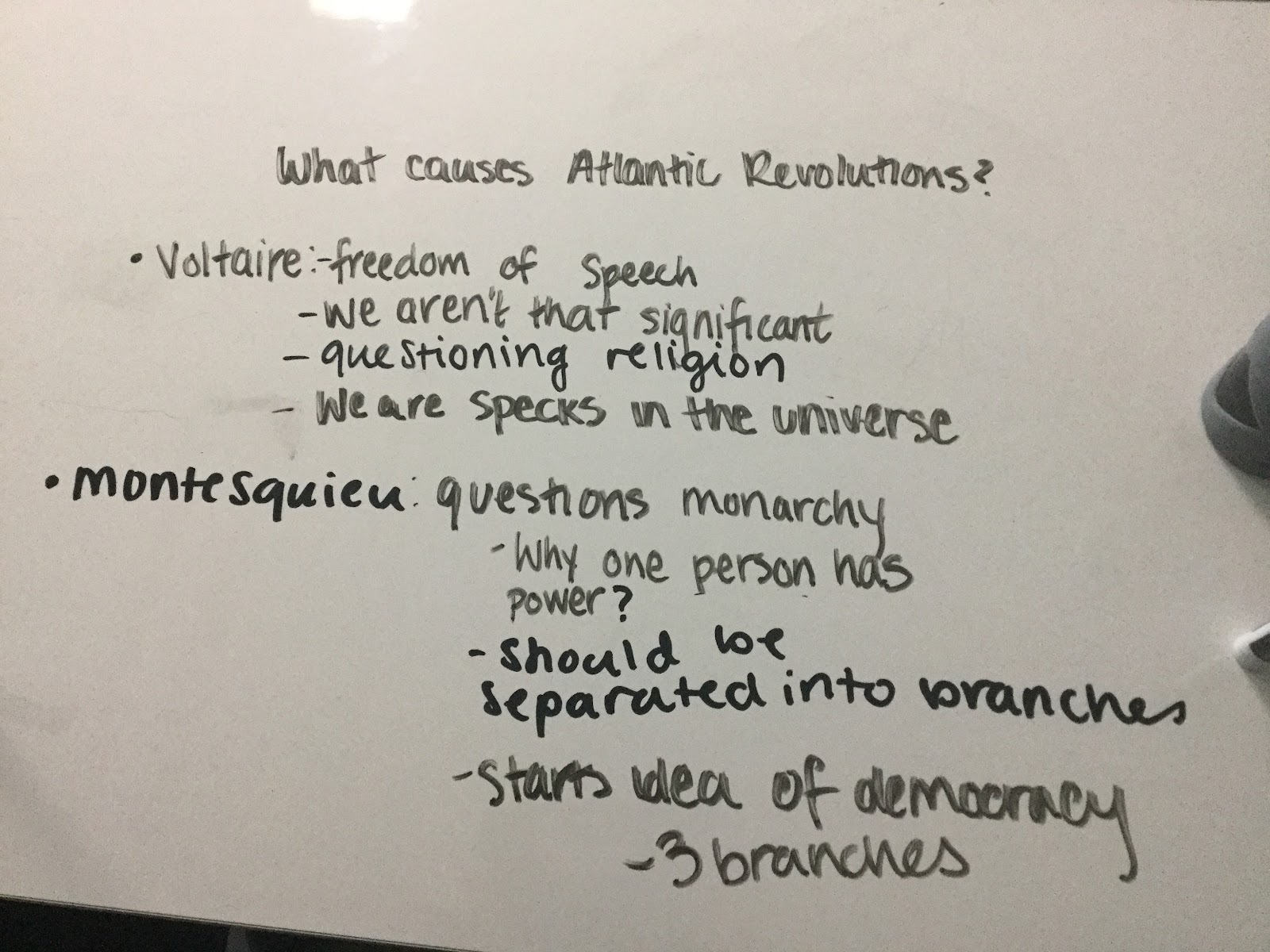 Reasoning- The topic was enlightenment. I didn’t fully understand why we were learning about it but I assumed it was because these people were the first to question [governments rule over] humanity. I haven’t started the checklist, so when I start tonight I will probably understand more of how it affected society. This topic is somewhat easy to comprehend because it relates to topics in American history, like the freedom of speech in the constitution and how many people question government which led to conflicts. So when Voltaire talks about the freedom of speech and religion and Montesquieu talks about government, it is something we can relate to rather than a random empire in Africa that had certain traditions. 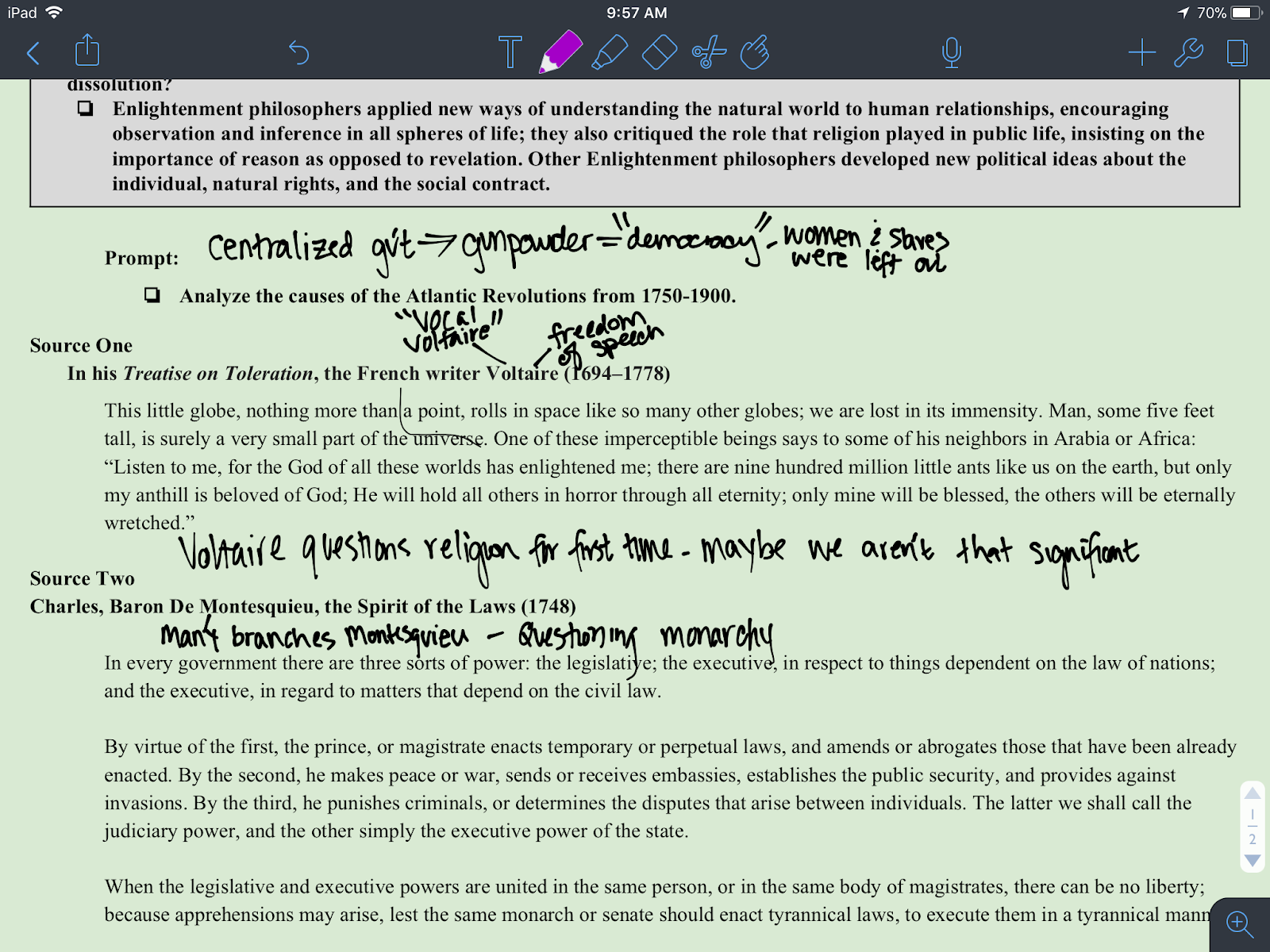 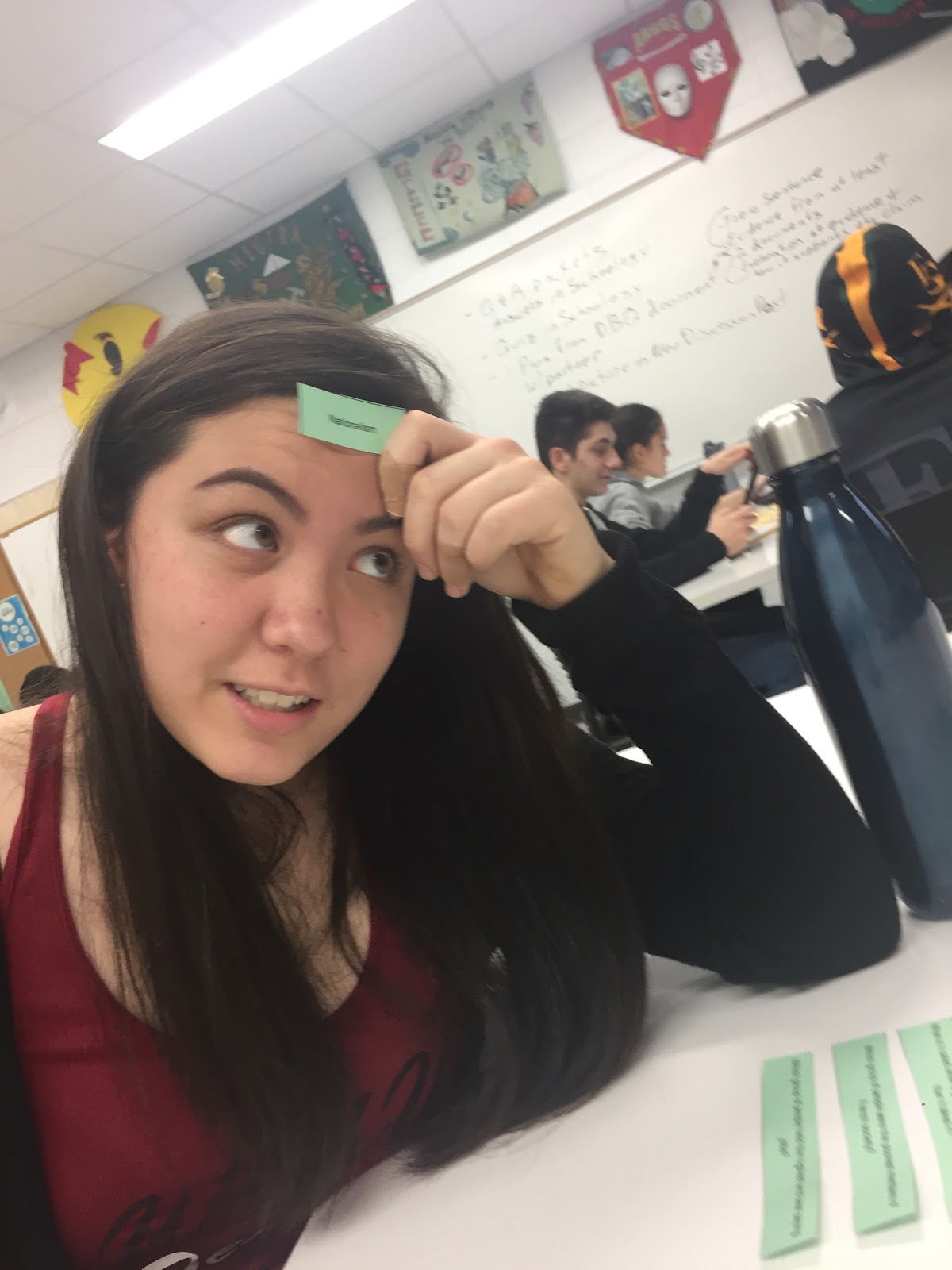 Reasoning- We had a sub today and we were slightly off task from what were were supposed to do (matching terms and definitions) but hey it was educational! If anyone has heard of the game headbanz then you’ll understand what we were doing. We had an impromptu game of headbanz with the terms we were supposed to match to the definition. We picked a term for Katia which in the video was nationalism. She had to ask yes or no questions to try and guess which term she held on her head. It was challenging especially when David and I had to determine whether each term fit what question she asked. We also had to write a paragraph of the DBQ that we contextualized the previous day. We kind of forgot about it until the last 10 minutes since we were preoccupied and scrambled to write it. Needless to say, it wasn’t our best DBQ but we understood the topics since we played our fun game. Since we’ve been doing DBQs most of the year, DBQs aren’t that much of a struggle. However, for me personally, I have a hard time with contextualization, even though it seems like it would be the easiest. I honestly don’t know why, but remembering what happened in the previous time period that relates to the topic is challenging for me. However, pulling evidence from a document and analyzing it is pretty easy for me. That’s why I’m in debate haha.

Reflection-The Haitian, French and Latin American Revolutions were easy enough to understand. The outcomes were slightly difficult to remember, mainly because they were pretty different. They all had to do with rebelling against a single person or idea, like the government or slavery. The three revolutions all had charismatic leaders, just like we learned in other empires or religions. To master the revolutions, I think it is important to memorize specific events for each, so when you see a certain phrase or persons name, you automatically connect it with the revolution. For example, when I hear Reign of Terror, I know automatically it was during the French Revolution and it was used as a method of control.

Here is what Michelle had to say. 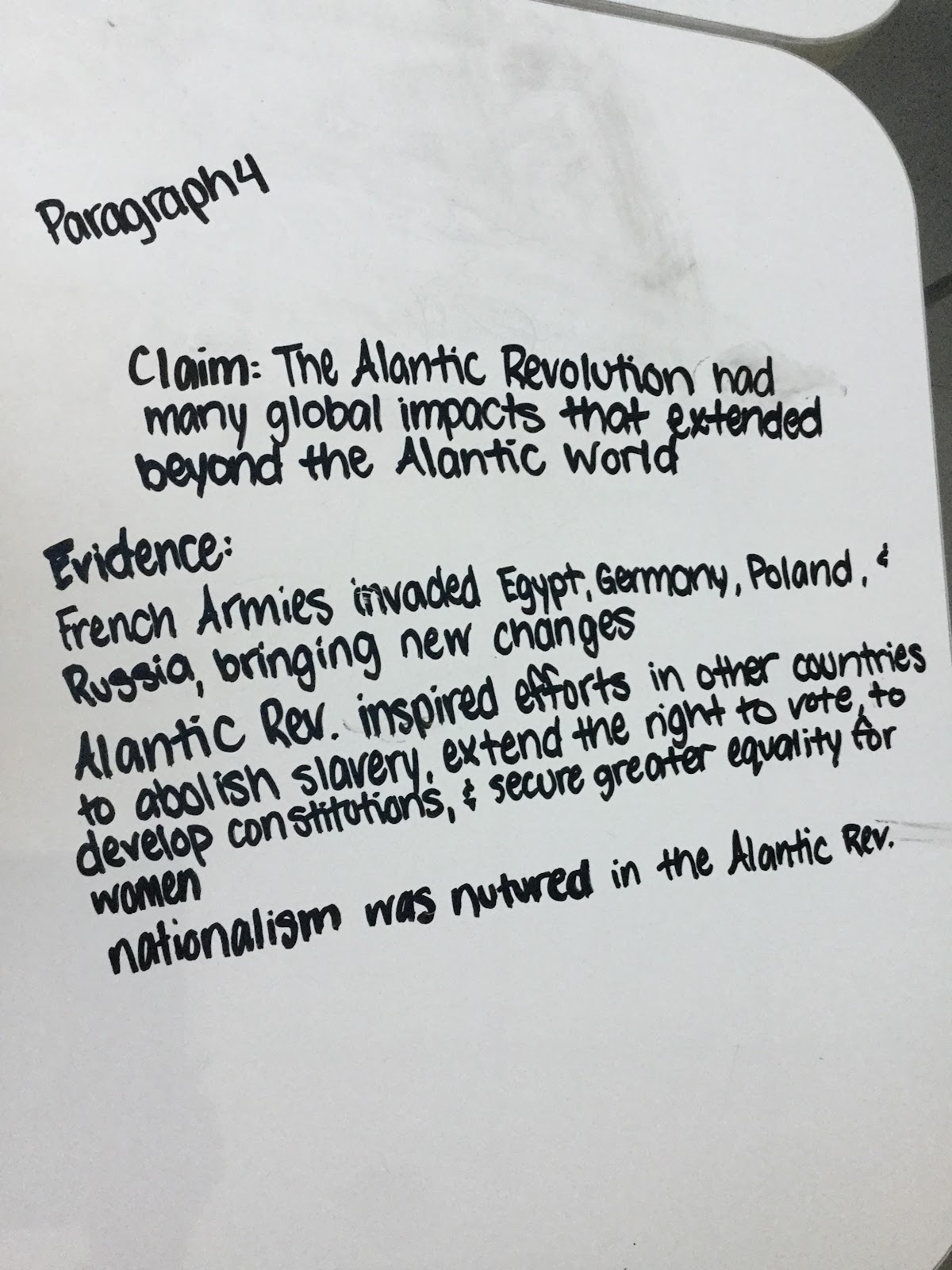 This is the revolutions activity that helps with the contextualization in the DBQ. Alliteration and the sources helps remember about crucial thinkers.

Beginning to write the DBQ was not too challenging because we had the information on other documents and simply had to piece it together. 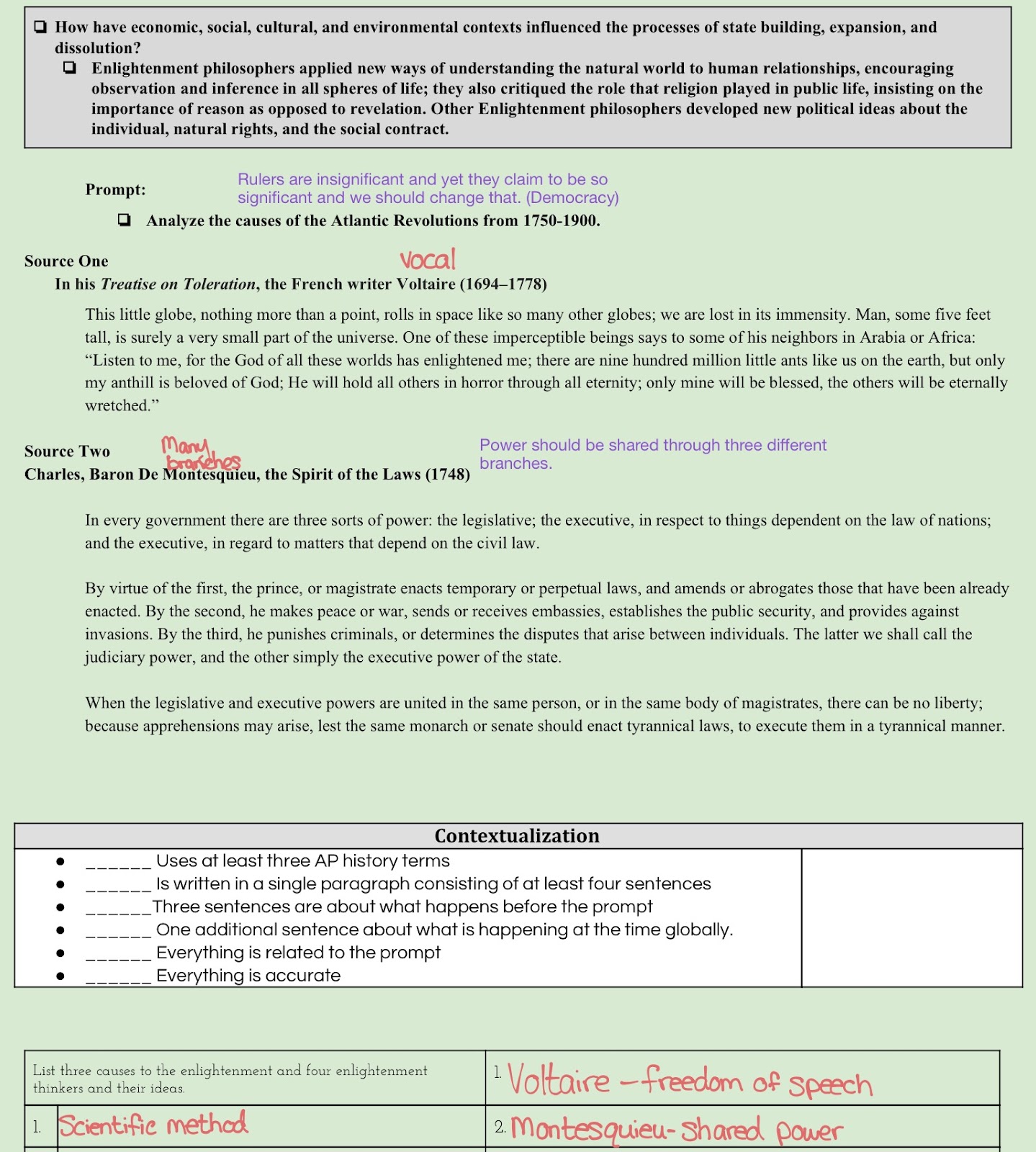 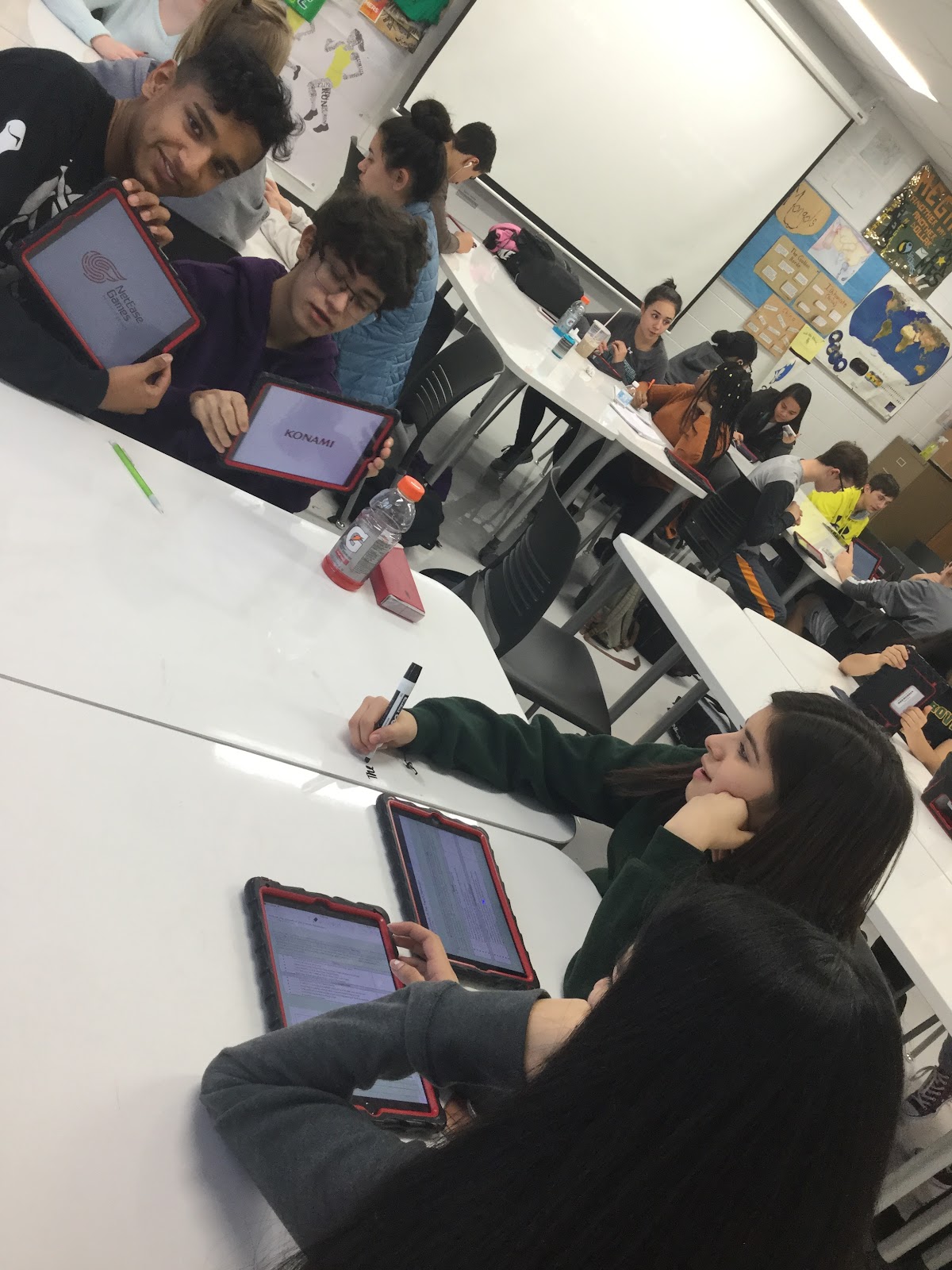 During the week, we learned about the causes of enlightenment and revolutions. Revolutions were taught first during class, and I think it was a little rushed only because we didn’t have enough time to talk it over at the end. However, the content on the checklist really helped clarify any questions or confusions I had on the causes of the revolutions. It’s now easier to comprehend why the revolutions happened and the results they had, so I know this subject pretty well. Next came the idea of enlightenment and I was initially confused on what it was a response to, but the document activity provided further helpful information along with the checklist. Using words like “vocal” and “many branches” helps the information stick and me understand and remember what the thinkers believed in. I’m pretty confident with the subject of enlightenment and I think it was taught well. With the information we learned, I think it’ll be fairly easy to write a strong DBQ about the revolutions and enlightenment, so I also think that we mastered all the goals for this week.

First of all, I love their honesty.  In the first paragraph of Grace’s stated, “I didn’t fully understand why we were learning about it but I assumed it was because these people were the first to question things about humanity. I haven’t started the checklist, so when I start tonight I will probably understand more of how it affected society.” I love this! It was the first lesson of the semester and they did not have a lot of background knowledge on the subject as they had not learning been taught anything directly about the Enlightenment.  Because there was no stage set for them, the Enlightenment was confusing to the students, and I need to set the stage for students better in the future.

Grace had another powerful insight, without realizing it.  She stated, “However, for me personally, I have a hard time with contextualization, even though it seems like it would be the easiest. I honestly don’t know why, but remembering what happened in the previous time period that relates to the topic is challenging for me.” Her inability to recall content from a previous time period is the major reason  I have focused on the contextualization skill for so long.  It is hard.  Seemingly easy, but categorizing information by time period is incredibly difficult.

When I was absent, they were not fully on task.  I knew that would happen, but at the same time, their reflection was amazing.  It was a great insight to their comprehension of the task. Their pictures were priceless.  I appreciate their honesty in posting the pictures, yet still describing that they know what they are doing.

I already have made modifications to my lessons because of their reflection.  The more I write this blog, the more I realize that is for them.  As I hope to continue this weekly reflection, I want to get more students to document their learning, so they can reflect and impact changes that will directly help them.